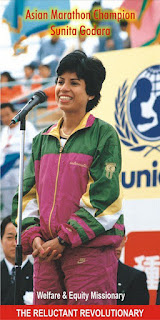 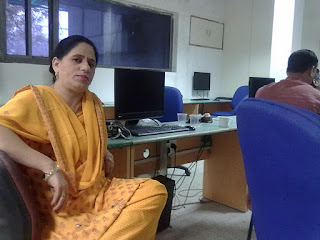 I am an Anna Team member. This is my view on Mr. Bansal’s statement.

Mr. Bansal, Parliamentary Affairs Minister has said: “Anna has done nothing for the country till now’’ on the National Channel. This statement is totally demoralizing for the Armed forces.

My husband has been an Army Officer and served the country for 14 years. He did training for 11 years to get into the Army starting at age nine. Many services persons from Army, Air force and Navy are calling me and saying that Mr. Bansal’s statement is an unpardonable insult. They feel cheated. They say that there can’t be an apology for saying this.

Mr. Bansal statement has implied that whatever the Defense forces, Para Military Forces are doing is not “service for the country”.

Mr. Bansal should “challu bhar pani me dub marna chahiye”. His statement is totally unacceptable. “Koi maafi nahi ho sakti”… there is no pardon for such statement.

This statement is symptomatic of how debauched India’s ruling class has become. It shows the true character of Mr Bansal and the like. Thanks to them for speaking their true feelings for our defense personnel. This shows that persons like Mr. Bansal are the true enemies of all that we call our India! At least the defense forces now know who the real enemy of India is!

A known enemy can be more easily taken to task and annihilated. Therefore, I prey to all the well-meaning patriots of the Country to condemn the statement loud and clear.